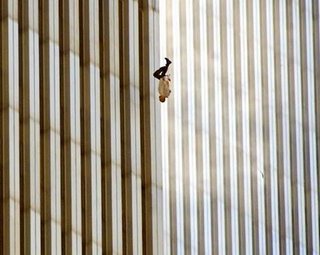 Sorry people...there is/was nothing even remotely funny about 9/11. It was the most dramatic/traumatic event I have ever witnessed or ever hope to witness again.
However, I just couldn't resist this masterpiece of insensitivity/irony, as reported in a piece carrried by The SMH today.
Here is an exact, although concise, reprint of one man's magnificent blunder.


"THE September 11, 2001, terrorist attack on the United States was the most televised event in history. For several days, long after the four hijacked planes had met their ends, television channels across the globe suspended normal programming to bring round-the-clock coverage. Such was the intensity and relentlessness of it that psychologists warned of the potential trauma that exposure to it might cause.
But there was one type of image from that day that was deemed too horrific for public consumption, and remains disturbing on the eve of the fifth anniversary of September 11. It relates to the several hundred people - the exact number is not known and never will be - who jumped or fell from the blasted-out windows of the World Trade Centre.
The American-born filmmaker Henry Singer remembers seeing them as he watched coverage of the attacks from an office in London. "On a shocking day, it was clearly the most shocking part for me and I imagine it would have been for anyone else who was watching television that day," he says. "It was something you couldn't get out of your mind, that people were falling from the sky."
When Britain's Channel 4 approached Singer to make a documentary about those who jumped from the World Trade Centre buildings he was initially reticent.
"My overall instinct," he recalls, "was this photograph brings up so many important issues about the power of stills photography, American culture, aversion to deal with issues around mortality, memory and how we process events. I thought this is going to be a very hard film but this is an unusual opportunity, so I decided to take the leap."

a toast to the japanese... 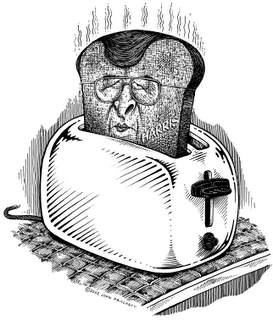 As many of you are aware, I spent quite a long time living in Japan.
Generally I like the Japanese a lot however last week I encountered the lowest form of their culture; the Japanese tour group.
I was staying at The Grand Hyatt in Singapore, which serves a spectacular buffet breakfast every morning, when the trouble began.
You see, the hotel had one of those fabulous conveyor-belt toasters. You load the bread onto the rack, then while it journeys through the machinery, you have time to toddle off to the 'egg-station' and get a couple of freshly-cooked sunny-side-ups and a kilo of bacon from the 'pig-tray' before wandering back to claim your toast.
That's the theory anyway.
However, when I returned to the Toastmaster 5000, my toast had vanished. I peered hopefully into the 'out-basket' for another thirty seconds however in my heart I knew it was hopeless.
I looked around and saw a Japanese chick from a tour group with what was undoubtedly my toast, about two metres away ladling some scrambled egg onto her ill-gotten goodies.
Devastated by the thought of my congealing eggs/bacon but realistic about the chances of recovering my stolen toast, I reloaded with fresh bread, then ventured off to the juice-bar for an orange/apple/pineapple smoothie, only to return and find my toast had been pilfered again.
I was now livid; a quick glance down the counter and I'd identified the thief as yet another Japanese chick from the tour group.
The problem is that the average Tour Jap is so used to having everything done for them; they automatically assume that either there is someone invisibly loading bread into the toaster on their behalf, or that the toaster is a bit magical.
Anyway, I wasn’t really quite up for a round of ‘Listen you dopey, four-foot, slanty-eyed dolphin-basher…you have to put the fucking bread IN the fucking toaster before you can take the fucking toast OUT !!!’.
So, instead I slammed my now hardened eggs/bacon down on a table and stormed off to the hotel pharmacy; where I purchased a small bottle of ‘Stop N Grow’.
You know the stuff; that rancid shit you put on your nails to stop nibbling them.
Returning to the breakfast room, I grabbed six slices of bread, took them over to my table and seasoned them liberally with ‘Stop N Grow’.
I then loaded all six into the magic toaster and sat back to see what happened.
Sure enough, every last piece was hoovered by one or more of the marauding tour Japs.
I hope they choked on it…
Posted by fingers at 12:24 AM 17 comments:

i wish i could take you all with me... 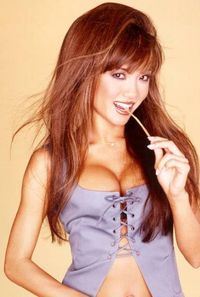 use the right word... 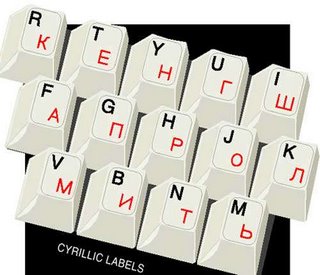 There are some beautiful languages in the world, so it’s with great regret that I can only lay claim to speaking one of them fluently: English (I have a reasonable grasp of Japanese, though not enough to fool a native-speaker over the age of five.)
Each language seems to have a nuance of its own, as though specifically created for one particular aspect of life.
For instance, if one has to speak of love, what better language to do it in than French?? Practically everything sounds more romantic when spoken in French. What trout’s heart wouldn’t melt at the phrase ‘Fous le camps et morte !!!’ ?? So much classier than ‘Fuck off and die !!!’.
On the other hand, Italian is marvellous for angry confrontations, such as road rage incidents or domestic disputes. All those religiously inspired exhortations and all that arm-waving makes for utterly magnificent theatre. You don’t have to be Pavarotti to know that ‘Christo mia…vaffanculo !!!’ doesn’t mean ‘Would you like Pasrmesan with that…’
German would be my choice for discussing things of a mechanically technical nature due to its crisp, heartless pronunciation, combined with an ability to make one splendid word such as ‘honkenbrakenscreecherknockengepingersputtergefixer’ to describe someone who repairs cars.
When one talks of tragedy, other languages can only dream of conveying a sense of it with the sheer misery of Russian.
Haggling over the price of something should be done in Chinese.
English is perfect for addressing your servants.
Showing confusion or a lack of understanding is best done in Indian.
And all mindless threats of violence or bloody revenge should ALWAYS be issued in Arabic…
Posted by fingers at 9:33 PM 28 comments:

but what does IT all mean...

So, you’re after a highly paid job in a prestigious, skilled industry but completely lacking in any of the necessary qualifications??
Don’t despair; the industry you’re looking for just might be IT??
IT is just one example of a small group of two-lettered-acronyms that make up what I call ‘The Black Art Professions’. Like its shadowy cousins, PR and HR, IT boasts a huge cast of personnel with seemingly no specific education, and little or no previous relevant employment experience, doing a variety of vague, meaningless tasks in return for wheelbarrows full of cash.
No one except themselves claims to know exactly what these strange people do, and you’d be no clearer after interrogating them on the subject, or reading their mysterious, title-heavy business cards. They are like ninja; some good, some bad, willing to work for any employer prepared to amply reward them for their little-understood talents.
Perhaps I can inspire you with this illustration of how simple it would be to turn yourself into an IT engineer ??
The other day, I was busily working away on my network PC, when the keyboard jammed, the mouse locked up and the screen froze solid with the image of a naked woman in an improbable position, a large dildo embedded firmly in her ass.
I had unknowingly stumbled onto a pornographic website, after accidentally typing www.filthydirtbagswhotakeitineveryorifice.com into my address bar, when I meant to type www.semigovbonds.org.au, and then unwittingly hit the ‘download/save’ button while I was trying to use the escape key….
Anyway, for reasons I don’t even pretend to understand (although I suspect cyber-karma may have something to do with it), my PC ceased to function. All the usual diagnostic keys failed to respond to my deft touch, the system completely ignored repeated, simultaneous bashings of the Control/Alt/Delete buttons with my fists, and the defiant screen continued to display the image of the naked-lady-acrobat, despite my attempts to cave in the monitor with a 5-iron.
Utterly defeated, I made the inevitable, shameful call to our technical department, explained the problem and was told it was a ‘Code Blue’; response time from the IT SWAT team was expected to be under two minutes.
Ninety seconds later, the Senior-Applications-Officer-Currently-On-Call (SAO-COC) arrived at my work-space carrying a clipboard containing a blank ‘Incident Report’ form. He wore jeans, a striped body-fitting rayon shirt I suspect belongs to his 12 year old brother, and cream-coloured, square-toed slip-ons made from some kind of hemp product. I gave him the usual $20 and he threw the ‘IR’ form in the recycle bin.
He stared at the still-frozen image willing it to disappear but the pornographic screen-saver stared right back. He tapped the ‘Esc’ button; nothing. He held down the ‘On/Off’ button for 5 seconds, the IT equivalent of administering a mega-dose of antibiotics; still nothing.
With a knowing frown and nod of the head he reached over and pulled the power plug out of the wall; that did the trick.
Then he plugged it back in, forcing the system to re-boot itself.
I was back working on my PC within a minute and our IT genius disappeared back into the office ether like a phantom…
We pay this cunt $250,000 per year...
Posted by fingers at 10:15 PM 13 comments: