Every now and then something happens that restores my faith in the way things are supposed to be.


In early 2000, I met a wonderful chick named Carolyn; drop-dead gorgeous, funny, intelligent, independent, a senior legal secretary in a top firm, she drank, smoked, did recreational drugs and performed gymnastically improbable acts in bed. We dated fiercely for six months, during which time Carolyn brought much-needed light into what was an exceedingly dark period of my life. I had seen fit to leave the money market and open a Japanese restaurant, a decision that in retrospect made less commercial sense than ‘Kitty’ opening a nuclear power plant. Given that I had zero experience in the hospitality industry and even less interest in actually being hospitable to anyone, it was inevitable that this diabolically stupid idea failed…which it did…in just over nine months…leaving me stone broke.
One afternoon during the last tortured weeks of my restaurant’s life, Carolyn came breezing into the place as she usually did, putting a smile on my face as she always did. Whatever else that was going wrong in my life, as long as I had the pleasure of this beautiful girl’s company, I felt like the luckiest man on earth.
‘Hi Fingers, I just wanted you to hear it from me first…I’m going up to Gove in the Northern Territory, to live on an Aboriginal reserve and work with disabled indigenous people.’
‘Why?’ I asked, assuming it was a wind-up.
‘I need to discover myself,’ she replied with a cliché so well worn that I knew it had to be a wind-up now.
‘I see…and when are you planning to go?’ I ventured, going along with the gag.
‘Tomorrow at 3pm.’
‘How long will you be gone?’
‘Three years, maybe longer.’
I was secretly beaming at Carolyn’s straight-faced delivery; this was a very good gag.
‘So, you’re leaving me to go and live in Cuntsville, in forty-degree heat, in a tin shack, with the flies and the crocodiles?’
‘I guess.’
‘I love you so much, baby. Thanks for the laugh.’
‘I love you too, baby. You’re welcome.’
The next day while I was at work, Carolyn flew off to Gove…

Although I never saw Carolyn again, never spoke to Carolyn again, I learned through mutual friends that ‘The Self Discovery Choo Choo’ ran off the rails during that same twelve months and that she had developed a rather nasty ‘speed’ habit, which she funded by vending the comfort of her orifices to passing truckies, presumably while listening to ‘Yothu Yindi’ or ‘Goanna’ on her IPod (eh, Kate?).
Sweet !!!
Now, I never wished Carolyn any harm, however by the same token, I’m not too proud to admit I’d have been a little put out had she won ‘Powerball’ or gone on to meet some minor European Crown Prince, marry him and live in the family castle. Anyway, seven years went by, during which time I rose like a Phoenix from the ashes of my own stupidity, never giving Carolyn more than a passing thought…until now.
An old mate of mine rang last night, out of the blue…and after swapping small talk for several minutes, he said ‘Hey, I ran into your ex-chick last week.’
‘Which chick?’
‘Carolyn.’
‘Fuck, no way…where is she these days?’
‘She’s back in Sydney…even has her own web page, just like you. There’s an e-address hyper-linked, in case you want to contact her. Would you like the URL?’
‘Yeah sure…why not.’
And so he gave me Carolyn’s URL: my chick
Yes, that’s my darling Carolyn, aka Kimberley !!!
She’s looking pretty fabulous too, now aged twenty-seven, even though she was thirty-three when we were going out. What’s more to the point, as well as having a nice, steady job again, I noticed from her bio that she is finally getting to work with a lot of disabled people.
And let me tell you, if memory serves me correctly, they must be some of the happiest gimps in the whole world…
Posted by fingers at 3:04 AM 91 comments:

and roger federer's a boring cunt too.. 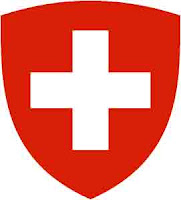 I hate the fucking Swiss !!!
I hate that despite their convenient sense of neutrality, the way they look you in the eye and say, ‘No, no…during the war we made cow bells, cuckoo clocks and chocolates,’ when in fact they were allowing Nazi train-convoys to reverse into their cavernous bank vaults and disgorge a mountain of gold fillings, plundered directly from the teeth of their unfortunate, former- European owners, that they can’t see they’re nothing but Germans minus the attitude, nuts and sense of responsibility.
I hate that despite not currently having a standing army, nor having been at war for the two-hundred years since Napoleon kicked its strudel-making ass, Switzerland still claims to manufacture the best ‘Army Knife’ in the world. Ha !!! No wonder it was amongst the last countries in history ever conquered by the French. I can just imagine the great Swiss military geniuses of their day devising a trap to lure ‘The Little Emperor’ into a mountain pass then obliterate his forces with a withering barrage of corkscrews, nail-files, toothpicks and Allen keys. ‘Yeah fucker…and if you survive the onslaught, there’s a bunch of us armed with Phillips-Head screwdrivers, tweezers and retractable soup-spoons behind that...’
I hate that despite being land-locked, never having had a navy of any description, nor a sea-faring adventurer of any note, this boring collection of professional yodelers somehow managed to win ‘The America’s Cup’, thereby proving what a simple thing it should have been to do so in the first place.
I hate that the Swiss convinced me to pay two-grand for a genuine ‘Tag Heuer’ watch that keeps no better time than a fake one costing ten bucks…but what I really hate most about those filthy cheese-fonduers…is that despite the admittedly infinitesimal possibility that by doing so they might unwittingly have caused the end of the universe, they took a chance anyway and switched on their ‘Large Hadron Collider’ without asking me first…
Posted by fingers at 10:01 PM 103 comments:

And ‘The Brain’ destroyed the E-Type Jag and the 600 Mercedes. He caused The Great Flood then commanded the waters to recede (taking the carpets with them). He smote all the creatures in His Father’s House, par-boiling the fish and slow-roasting the canaries. He cast His Father’s Wine upon His Father’s Stereo and made His Father’s China Hutch bend and break according to His Will.
And behold ‘The Brain’ saw what he had done…AND IT WAS NOT GOOD.
Not fucking good at all…

“Do you think we can fix all this before ‘Scary Bob’ gets home?” asked ‘The Brain’, not well known for his use of rhetoric.
“Well, it’s Sunday today…tomorrow is XMAS Eve, Tuesday is XMAS Day, Wednesday is Boxing Day…and your folks are due home on Thursday…so I’d say you have more chance of getting a blowjob from Jesus,” I offered by way of a reality-check.
“I wonder if ‘Scary Bob’ will see the funny side of all this?” ventured ‘The Brain’.
‘Scary Bob’ was even less well known for his use of humour than ‘The Brain’ was for his use rhetoric.
What followed was a short, earnest conversation about what it meant to be a man. We reminisced about the good times we’d had as kids, as teenagers, the absence of responsibility and lack of accountability…but that at some point as young men we had to accept there were consequences that accompanied certain actions, that young men sometimes did foolish things, but that real men stood up and said “Yes, I did that…I am to blame…and I will make amends.”
It was the first and only meaningful discussion I’ve ever had with ‘The Brain’, who then went to the wall-safe hidden in his parent’s walk-in closet, removed two-thousand dollars and fled by bus to Queensland, where he lived on a barge for the next three years beyond the reach of ‘Scary Bob’.
I haven’t seen a lot of ‘The Brain’ in the intervening years; he went his way and I went mine. We’d run into each other at landmark events such as 30ths and 40ths, weddings and the occasional funeral, but we were never as close again as we were that glorious summer. ‘Scary Bob’ eventually forgave ‘The Brain’ for his sins; even re-hired him with a view to grooming him for the top job at ‘BHC Ltd’.
However ‘The Brain’ chose to walk his own path in life, turning his back on a career in construction management to take up a lucrative position in the methamphetamine-distribution game and doing very nicely until he started using his own product and poking his supplier’s Columbian girlfriend and was chased at gunpoint down his home street in Bondi Junction.
He’s now forty-seven years old and lives in Perth.
Last year he married that Columbian girl; she is half his age and already has two children half her age from her previous relationship, which ended abruptly after her boyfriend was given a ten-year jail sentence for dealing drugs.
I went over for the wedding…
‘The Brain’ looked trim, taut and terrific, his new wife was utterly gorgeous and a really lovely, intelligent young woman, the kids were very friendly and beautifully behaved. Together ‘The Brain’ and ‘Mrs Brain’ run their own small construction/renovation business, which is doing well…and he’s happier than most people I know.
I bet you judgemental cunts didn’t see that coming…

PS…as a wedding present, ‘Scary Bob’ gave ‘The Brain’ a complete dental restoration to repair the damage done to his teeth by the crystal meth addiction. His new teeth are about three sizes too big for his mouth, so he now looks a bit like Dick Emery’s priest character when he smiles. I’d post a wedding photo as proof…but even ‘The Brain’ is entitled to his privacy…
Posted by fingers at 3:08 AM 42 comments: