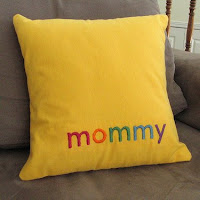 Twenty-eight years ago, at the age of seventy-five, my grandfather contracted cancer. Not a particularly aggressive form of the disease, but a rather average, creeping version which took nearly five years to rob him of his fine physique, sharp wit and personal dignity before killing him.

There was collateral damage too: my grandmother, in perfect health when Papa initially got sick, was by his side for those five long years, slowly descending into a depression-related madness that saw her eventually moved to The Loony Bin after he passed away.
Charming stuff !!!
I guess that’s the deal with cancer; it’s not really a capricious disease that carefully chooses its victims. It’s more of an unlucky-dip…and my poor grandparents managed to draw two short sticks.
Nana died not long after Papa, a small mercy to be sure, and at her funeral my mother, knowing how close I was to them, came up to give me a pep talk.
Now, Mom isn’t really a ‘glass-half-full’ person.
Nor is she a ‘glass-half-empty’ person.
She’s more of a ‘hope-I-don’t-cut-my-lip-on the glass’ sort of person.
So, at Nana’s service, Mom told me that when she got to seventy-five years of age, I was to put her out of her misery in a humane fashion, so that she would not suffer the same fate as her parents, or become a burden to her family.
‘OK, sure thing, Mom…it would be my pleasure…and thanks for making a difficult day just that bit easier.’
‘No, I mean it. I don’t want to die like that.’
‘Um, what about if you’re in good health?’
‘No, seventy-five is a good age. No point waiting for shit to happen.’
‘I see…well can Dad do it? As far as I’m aware it’s still illegal to murder your mother, despite her request that you do so, and I’d rather not spend my last thirty years in jail for doing you a favour.’
‘No, your father will be eighty by then and probably incapable of doing up his own fly…besides that he never does anything I ask him to do. Please promise me you’ll do this for me.
‘Yes…OK…I promise.’

Well, guess what?
It’s Mom’s seventy-fifth birthday tomorrow.
She’s in perfect health, despite smoking a packet of cigarettes a day, lives in a nice big house with a large wad of cash, has three grandchildren (courtesy of my lovely sister and her cunt of a husband) and is generally about as contented as I’ve ever known her to be. The only thing that would make her even happier would be for the apple of her eye (that would be me) to meet a wonderful chick, get married and have babies.
Well, since that’s not looking likely at this stage, as a dutiful, loving son, I suppose the sweetest thing I can do for my dear old Mom is to keep the promise I made to her all those years ago.
So, Mom…here’s wishing you a HAPPY BIRTHDAY for tomorrow…I’m off to the bedding shop to get the fluffiest pillow money can buy and I’m coming over to see you just after lunch…

This very expensive holiday has turned into a complete nightmare, so I thought I'd cheer you lot up by showing how even the best laid plans of mice and assholes go astray... 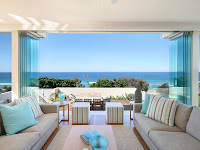 When I booked this dump, the webpage stated that there were uninterrupted views of the ocean from the living room, yet clearly that dead tree in the middle has completely ruined everything. I'm so fucking upset. Where's my chainsaw... 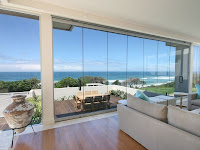 If I stand over here, I've found that the I can block the dead tree out but now that shitty column is in the way. Fuckety, fuck, fuck fuck...I can't take a trick... 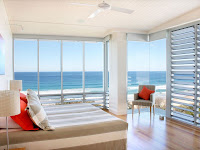 My bedroom is a huge disappointment too. The view is bearable but as you can plainly see, some of those window louvres aren't perfectly parallel. Why does this shit always happen to me... 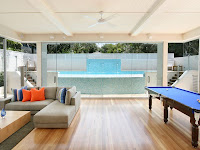 Oh, and the tennis court I was promised is being re-surfaced, so they gave me this bullshit pool table next to the glass-walled swimming pool. Yeah like that's going to make up for it... 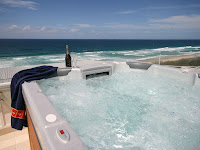 But worst of all, I can't find the fucking ice-bucket anywhere and it's really hot out on the spa deck. Every time I want another glass of Krug, I have to ring this stupid little bell and wait for Miguel the cabana boy to get the bottle from the fridge and ride down on the baby elephant with it. It sucks...
Posted by fingers at 8:41 PM 71 comments: