if anyone needs me... 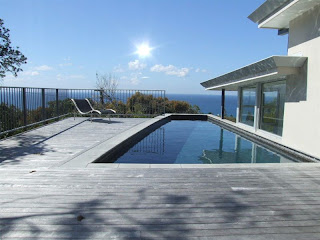 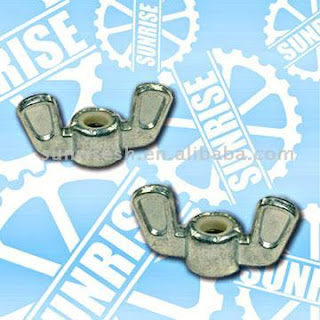 And so are these...
By now, most of you are probably aware of the tremendous shit-fight going on between two certain chick-bloggers out there. It’s bitch-eat-bitch, a no-holds-barred cyber-jelly-wrestle…sadly minus the jelly (unless you count what’s passing for their brains at the moment).
In one corner, wearing the blonde hair extensions and carrying a large martini, I give you ‘Steph’; the most innocuous, guileless, agenda-less diarist in The Realm.
In the other corner, wearing the grotesque mask and apparently flush out of mood-enhancers, may I present ‘Shelley’: the newest fruit-bat hanging from The Blog Tree.
Our guest referees at ringside are ‘Uber (No Loony Bin Can Hold Me) Mouth’, ‘Miss (This Has Nothing To Do With Me But I’ll Get Involved Anyway) Smack’ and ‘The (You Live In My Head) Troll’.
At the heart of the hair-pulling is a well-reasoned allegation put forward by ‘Shelley’ which, if my take on things is correct, suggests that ‘Steph’s’ stupendously voluminous-yet-vacuous blog is nothing more than an elaborate Trojan Horse, used either by her or her even-more-vacuous-if-it-can-be-believed commenters to hack into an even MORE underwhelmingly dreary blog…namely that of ‘Shelley’s’ herself.
Presumably this ingenious cover also includes a further ‘red herring’; the diabolically stupefying ‘Big Brother’ blog which ‘Steph’ slavers over like a drooling baboon, daily for 4 months of the year.
Not to be outdone on the Idiot-Meter though, ‘Steph’ has countered with threats of bringing in a high-priced legal team to look at possible issues of libel and defamation. This poses the litigiously novel contention that one fictitious entity can ruin the reputation of another fictitious entity, which almost certainly has potential ramifications for ’Superman’ if he ever thinks of calling ‘Superwoman’ a paranoid-delusional supercunt.
No doubt ‘Steph’ will be happy to claim damages in special invisible money should this jurisprudential wonder ever fly…
Posted by fingers at 11:06 PM 52 comments: 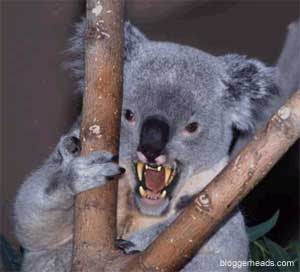 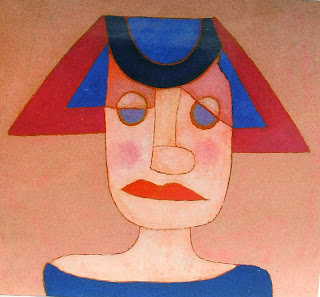 Does everyone know my little buddy, Kelly ??
She’s over on ‘Cheaper Than a Happy Meal’, moaning about dying alone, her ex-husband, getting too much attention from boys, her ex-husband, her boobs, her ex-husband, mozzies, eyebrows and of course...her ex-husband.
Sometimes, along with her delightful post-teen posts, she likes to paste pieces of her pasty face on the post…
Little does she realize that as well as musing about whether she does indeed have ‘the hottest vadge in the place’, I have also been keeping these photo-snippets of her gorgeous little face.
And now, with the help of ‘Clip Art’…I unmask her for all the world to see…
Posted by fingers at 9:54 PM 39 comments: