this is an all day sucker... 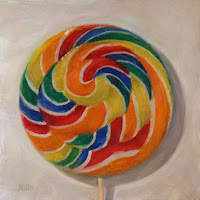 Not to be confused with me...the all day and all night sucker...
For the past year or so I’ve been actively pursuing this certain chick…
Not systematically chasing her like I would have in the old days when I was a mighty hunter armed with a quiver full of sharpened spears and arrows. Those days are long gone. I’m less of a hunter and more the collector now.
And since I’m down to my last rusty arrow it’s probably for the best.
Nevertheless, this chick has become my obsession, my Holy Grail…my White Whale; except that I call her ‘The Elephant’. She earns that title not because she looks anything like an elephant; in fact she’s more of a gazelle, a very hot gazelle, with amazingly hot gazelle-legs. No, I call her ‘The Elephant’ because if I somehow manage to bring her down on what’s sure to be my last expedition…I will never have to kill again.
Anyway, enough of the metaphors; you get the drift.
We go out on these dates…apparently. I assume they’re dates because she calls them dates, gets all dressed up like she’s on a date and I always pick up the bill.
However this is where the similarity between our dates and actual dates (the ones I remember going on in an earlier life) ends.
Our dates mostly consist of my asking how she is…and her spending the rest of the evening telling me; in excruciating detail. Not just recent detail either…recent detail mixed with historical detail…reams of past-relationship detail, a list of complaints about ex-boyfriends/husbands and a full psychological deconstruction of her early childhood and its connection to her poor relationship decision-making.
If she wasn’t so fucking hot, I’d stab her in the eye with my oyster fork…
So I sit there and listen while she blathers on and on about it. Actually, I don’t even listen anymore since I know the spiel off-by-heart. Mostly I do long-division in my head and nod occasionally…and think about her legs…those amazingly hot gazelle-legs…parked behind her ears…or mine…or both.
Not that this has happened yet.
Sometimes, to relieve the tedium I play a game with her, changing the topic to something preposterously left-field and noting how many degrees of separation it takes her to segue back to the regular programming. For instance the other week, just as she was about to launch into the “…Honestly, Fingers I just seem to attract these losers…”, I cut her off with a tricky, “Hey did you see that Foreign Correspondent episode on the cholera epidemic in Zimbabwe ??”
I had this figured for a four-degree segue at best…
‘The Elephant’ smoked me in one move.
“No, I didn’t see it…but I remember in Singapore last year I got some sort of stomach-bug and ‘Fuck Knuckle’ just left me in the hotel room and went out for two days sight-seeing and drinking…”
“That was awesome.”
“What ??”
“Nothing…you were saying…”
“Honestly, Fingers I just seem to attract these losers. What is it about me that says ‘Losers Apply Here’ ?? I mean do I have a sign on my head that proclaims I’m only available if you’re a loser ??”
“Well, I’m here now, baby…so you don’t need to worry about that anymore.”
“Yes but why can’t I meet any nice boys…banker boys, good-looking with brains and a sense of humour??”
Have I mentioned what amazingly hot gazelle-legs she has ??
“I don’t know. Sometimes I wish I weren’t made entirely of chopped-liver and onions though.”
“What ??”
“Nothing. You were saying how difficult it was meeting a nice boy…sorry for interrupting. Shall we get some more wine…??”
“Yes, can we get another bottle of that nice shiraz ?? Seriously though Fingers…where does a girl go to meet eligible guys these days??”
“Yes, I know what you mean. I don’t seem to meet any single chicks these days either. Not good-looking, successful, smart or funny ones…”
And I’m secretly wondering whether she’ll take this outrageous bait.
“Well thanks a lot. That makes me feel really special.”
Have I mentioned what amazingly hot gazelle-legs she has ??
“Fucking hell, Fingers…it’s not like I’m asking for the world here…it’s just that…”
And I can see her lips moving and I hear some words coming out and I feel the overwhelming urge to yawn, which will surely kill the date stone-dead, so I clench my teeth as the yawn rolls over me like a wave of liquid Rohypnol…and I wonder whether right at the point of yawning my eyes will cloud over and give me away ?? Is it dangerous to try and stifle a yawn ?? I once heard that keeping your eyes open during a sneeze could kill you…perhaps this is the same ?? Three-thousand five hundred and twelve divided by eight equals four-carry-the-three…

Did I mention the legs though…
Posted by fingers at 8:08 PM 67 comments: 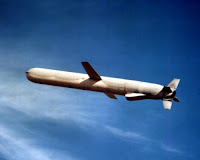 My erstwhile blogging friend ‘Emmak’ suggested recently that I’d dropped the ball, so to speak, when it came to being a cunt.


And I reluctantly agree, so enough of the memoirs for a while, no more lazy pictorial-posts, you’ve had your last cat anecdote…this is the ‘The Whine Guide’…and it’s for fucking whining.
Ironically, there was something from ‘Emmak’s’ blog that had been grinding my exceedingly slow gears all weekend…and I gave it plenty of thought while sitting in a splendid vineyard last Saturday night, drinking red wine from the bottle, gazing at the waxing moon and listening to that prick Eric Clapton give arguably the most boring, arrogant, self-indulgent concert in living memory.
And during his lifeless rendition of JJ Cahill’s ‘Cocaine’, when I took the hint and dashed off to the Porta-Loos for a fortifying hit of Pechanga, that I had my epiphany.
Well, it’s not so much from Emma’s blog as it is from the comment section, courtesy of that well-known champion of women’s’ rights…’Stalking in Memphis Steve’.
He stated, in between some other slobbering fulminations, that, ‘Meanwhile, China and Russia will crush us with very masculine, phallic-shaped missiles…’
Now it isn’t the first time I’ve heard this garbage, and to be fair to ‘Memphis’ I know he was being facetious…but I’ve sat through dinner party conversations where the subject of overly aggressive patriarchies and their deadly penis-shaped missiles has come up.
So, to all the ballistically-challenged fuckheads who insist on toeing this boring, clichéd line of reasoning I say the following; it’s not because men like to design these long-range engines of death in the image of their own noodles.
IT’S BECAUSE YOU CAN’T BUILD A FLYING VAJAJAY !!!
It just doesn’t work.
And even if you could…should anyone, even the vilest of enemies…ever be subjected to the indignity of having as their last mortal image…a 50-foot steel cunt coming at them at 10,000 miles per hour…
Posted by fingers at 9:31 PM 48 comments: