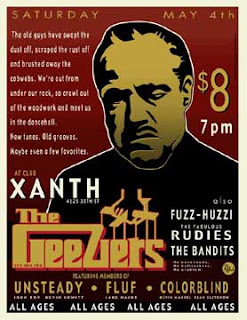 In years gone by these post-wedding breakfasts had always had a certain sort of Middle Ages-meets-The Vikings charm to them; the barbarous tribesmen returning to their lair to brag of the previous night’s conquests.
We’d swap tales of the various atrocities committed over great lashings of bacon, egg, sausage and toast dripping with salted butter. There were no silent knights at those gatherings.
‘Your sister goes off like milk in the sun !!!’
‘Yeah, well your ex-fiancé has a pouch like a mouse’s ear !!!’
And so forth…
A ‘kill ratio’ of 50% was the norm; higher if you included the occasions when money changed hands…but it suddenly occurred to me that times were different now.
The Middle Ages had been replaced by The Middle Aged.
Leif Eriksson had become Hagar the Horrible.
Where once fatty strips of pig had lain, there was now a fruit plate. The hash potato had morphed into bran, the coffee into juice. The toast was sensibly dry…
Our mighty clan of fearsome hunters was now a harmless group of gatherers. As the only remaining single man, tradition was mine alone to uphold. I knew they were relying on me for a story; I thought about telling them one…
They’d all spent the previous six hours cuddled up next to their wives, undoubtedly drunk, open-mouthed, drooling and snoring. Most would count themselves lucky not to have inhaled the curtains and choked to death in their sleep during the night.
I knew what they wanted to hear.
‘That bridesmaid from Bristol and I went back to the hotel room and drank the mini-bar dry. After that, I did a couple of lines off her bongos, she did a couple off my helmet and then we fucked like rabbits till about 10 minutes ago…’
But that’s not what happened.
And that’s not what I told them…
‘ 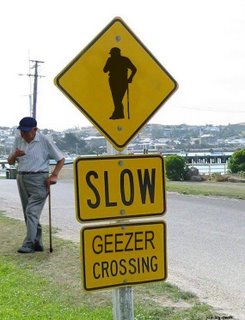 I’ve just returned from Melbourne after attending the wedding of a very close mate and his utterly, utterly magnificent chick; some of my friends are marrying very well these days.
Lucky cunts.
Anyway…I had the honour of being The Best Man, discharging my responsibilities by getting him to the church on time, making a 35-minute speech (including the 2 encores and 5-minute standing ovation) at the reception before poking a bridesmaid in her whiskers back at my hotel.
As far as weddings go, all the boxes were ticked.
The morning after the wedding, a select ‘Band of Brothers’ gathered in St Kilda for a recovery breakfast. This not-so-secret society comprised the majority of guys I used to hang with in Tokyo from 1994 until 2000; they had made the trip to Melbourne from as far as San Diego, Edinburgh, Stockholm, Johannesburg, Shanghai, Taipei, Dubai and Mumbai…
The Diaspora of the halcyon days of Japan in the 90s’ had reunited for a 3-day festival of drink, drugs and partying to celebrate another wedding; after 48 hours with our feet to floor and our collective pedals to the metal, we held (as we always do following one of these gala weekends) a debriefing.
As I gazed around the table, I noticed something was different this time.
We were not so much a ‘Band of Brothers’ anymore as we were a ‘Brotherhood of Geezers’.
Our once-handsome faces were now lined and creased, our once-chiselled bodies were fat and bloated, our once-flowing locks of shiny hair were receding, disappearing, in some cases vanished forever…
Our ‘get-up-and-go’ had decidedly got up and gone !!!
We resembled computer-enhanced images of ourselves; the sort the FBI use when they have nothing but an old photo of the suspect to work with.
‘We believe the person may currently look something like this…’