Many people have asked how I got started blogging. Well, not that many...but a few. OK, no one has ever fucking asked me how I got started blogging...but I'm going to tell you anyway.
It began with a hastily-scribbled entry to a public forum called 'The Heckler' in 'The Sydney Morning Herald', which was both an online publication as well as a hard-copy newspaper. I submitted my piece to the relevant editor by e-mail...and promptly never heard from them again.
Then one morning about a month later I walked into the dealing room at work...and received a standing ovation from my fifty or so colleagues. When I asked what the applause was for they threw a copy of 'The SMH' at me and said, 'See for yourself.'
And there it was; my first published work...

Like many forty-two year-old Australian males, I worry about getting cancer. The reports are not encouraging; I'm a classic target for cancer of my colon, testicles, lungs, kidneys and many other assorted pink and grey bits. There are carcinogens everywhere I turn.
I'm reasonably familiar with the common, garden variety toxins such as Dihydroxyanthraquinone or Methylmethanesulfonate…and I do my best to avoid other sinister-looking, potentially dangerous, polysyllabic compounds whenever I can…but it's not easy. In many cases research results have been too late to help me. How could I know there was a possibility of contracting arsenic poisoning from walking on my outdoor-timber decking, or that tattooing my tax file number on my ass might cause leukemia?
From the beginning I harboured suspicions about the mystical microwave oven…and of course the mobile phone was always going to turn out too good to be true…but I never thought the blue ‘Smartie’ would become my silver bullet.
For years it's one bombshell after another for ‘carcinophobes’ like me. Sure there's been sporadic relief, such as the study which showed that red wine contained ‘resveratrol’, a cancer suppressant…but on the whole it's been one-way traffic. Now, in the space of a week, comes the news I've been waiting for all my life.
Firstly, a group of Australian researchers has asserted that the more men ejaculate between the ages of twenty and fifty, the less likely they are to develop prostate cancer later in life.
This is all quite thrilling, since the study specifically refers to ejaculation through masturbation rather than actual sex; something previous studies had even suggested could increase the risk of cancer.
Then before I could say ‘pass the moisturiser’ came news from Italy which revealed that eating pizza regularly could help stave off certain cancers of the stomach or digestive tract. The results of a study into Italian eating habits showed that people who ate pizza once or several times a week were less likely to get cancer than those who did not eat it at all.
Suddenly, the point of all those lonely Friday nights became clear. I had always felt a certain degree of shame going home, ordering my mushroom pizza, opening a nice bottle of Shiraz and consuming both before going on to, well, you know…
So imagine my elation in discovering that I have sub-consciously been engaging in some sort of anti-cancer-triathlon of self-abuse.
Perhaps I should be claiming a rebate from my private health insurer. If ‘NIB’ is happy to pay out for my Nike trainers…perhaps it would like to subsidise my DVD porno collection.
Should I be keeping the Dominos’ receipts?
Would Vintage Cellars be allowed to bulk-bill my monthly purchase of a case of reds?
Probably not, but it's a beautiful thought…
Posted by fingers at 8:30 PM 52 comments:

if the C-word offends you...you're probably a cunt...

It recently occurred to me that these days the word ‘CUNT’ has lost much of its impact !!! There was a time when it was the King of Insults; chicks would fly into a rage at its mere utterance irrespective of whether it was used specifically in reference to them or not. Dropping the C-Bomb was a potential date-ender, a friendship-destroyer and a marriage-killer…it was once the most fearsome anti-chick weapon in the entire arsenal of verbal mass-destruction. For example…
‘You’re a pathetic fuck-head with a fat gut, bald head and a pencil dick !!!’
‘Oh yeah…well you’re a cunt.’
Game over.
‘Why do you have to be such a selfish asshole all the time ???’
‘Why are you such a cunt ???’
Tears.
‘Why can’t you be more of a man…like my father ???’
‘Why do you have to be a cunt all the time…like your mother.’
The end.
It was the equivalent of using a tactical nuke in a minor border-conflict, it had instant, devastating effect (and consequences); you knew you’d crossed the line just from the horrified look on the chick’s face.
I remember once calling my ex-wife a cunt in Tokyo; she was a bit PMS’d-up, yelling all sorts of vile things at me, throwing stuff around the apartment and threatening to call her Dad and tell him what I’d said.
‘Go ahead and call him, you cunt.’
She did…and she told him what I said…then she threw the phone at my head and said he wanted a word with me.
‘Fingers, why did you call my daughter a cunt ???’
‘Well Roger, it’s like this…yada yada yada…blah blah blah…this this this…that that that…it was either the C-word or a good hard slap across the face.’
‘I see. OK, put that little cunt back on the phone then…’

About thirty years ago, the first time I ever called my dear old Mum a cunt, she grabbed a wooden spoon, chased me round the house for twenty minutes before cornering me, whacking me over the head and throwing me out into the street for the night. Two weeks ago, after I told her I’d been fined for calling a cop something offensive she laughed and said, ‘You silly cunt.’

My oldest, dearest, most favourite blogger in the whole world, Kitty the sewer-mouthed whore-bag, probably out-scores me two-to-one in the CPP (cunts per post) stakes these days. Not to mention some of the delightful banter we’ve had privately on Facebook.
‘Cunty McFingers…you are the cuntiest cunting cunty cunt cunt in the whole world…in fact you are a Mastercunt.’

There was once a time when I knew that if I needed to speak to a senior person at the Commonwealth Bank, all I had to do was call the poor chick manning the phone-tree ‘a useless cunt’ and she’d be forced to refer the abuse to her superior. Now I get Christmas cards from them addressed to; ‘Fingers @ Unit 1, XX Cunt Point Rd, Cunt Point, 2027’…
Posted by fingers at 9:46 PM 29 comments:

once more into the breach... 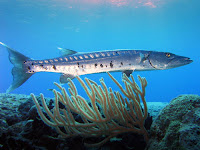 My old school Sydney Grammar, the most super-elite of all the Sydney GPS Silver Spoon Academies, has apparently entered a team in the 2010 GPS Geezer Olympics, a sporting competition for deluded fossils aged fifty and over as at the years end.
Our team will once again wage battle against our traditional foes; the moronic, slab-featured Press Buttons from Scots College, the agriculturally-inclined livestock-molesters from Kings, the pasty-faced preppies from Shore’s Wasp Nest, the Inner-West Scientologists from Newington’s First Evangelical Church of the Blessed Lord and All His Works, the twin God-fondling Evils from Riverview and St Joseph’s Colleges for Abused Choirboys…and the peasants from Sydney High.
Thirty years have passed since I last played GPS sport, a game of rugby if memory serves me correctly. I know we won, though the score escapes me…but my most vivid recollection of that day was the conversation I had with the St Joseph’s prop as I was preparing to feed the ball into the scrum…
Him: ‘What are you waiting for you skinny Jewish faggot ??’
Me: ‘I was just thinking about fucking your mother last night and how much her snatch reminded me of the drain in the changing room showers.’
The game was delayed five minutes while he chased me across three football fields before finally collapsing from exhaustion. Thank fuck !!!
Anyway, back to the present; it turns out my school needs me once more…they require me to swim the 50 meters freestyle race at The Games, an event for which I once held the school record in an imposing time of 26.8 seconds back in 1977.
You should have seen me then…seventeen years old, 52 kilograms, lean, mean and tanned…I would explode off the blocks as though shot from a canon, then streak through the water like a barracuda, taking just one breath around the 30 meter mark before reaching the end of the pool. I was a pure speed machine, capable of one stunningly quick lap of the pool…occasionally followed by an equally stunningly laborious second lap when I foolishly entered the 100 meters. I never broke one minute for that event…but over that 50 meter distance I was The King.
I gave up competitive swimming in 1978 to concentrate on my HSC, where I scored brilliantly, gaining the necessary marks for Law School and a degree, which I then discarded to prostitute myself in the money-market doing a job fit for a monkey. I’ve often wondered whether I did the right thing squandering the natural gift I had for breaking records in the pool, so this opportunity to don the Speedos one last time (not counting those times I’m draped like a louche over the rear lounge on the boat) may provide me with a shot at sporting redemption.
I was last clocked over the sprint distance, in 2005 at Club Med Bali, finishing utterly spannered in a leisurely 35 seconds. This got me into the final of the swimming event where I lined up against a crack field of German pedophiles…and a 150 kilogram Geoff Huegill, who looked like he’d eaten the Geoff Huegill that once held the world record for the 50 meters butterfly.
Drawing the outside lane, three away from Skippy Doughnut Features, I made a fast start before veering to the side of the pool, getting out and running the rest of the way before diving back into the pool at the other end. When Huegill came steaming into the wall and looked up I was already there, faux-heaving from the strenuous effort and waving triumphantly to the crowd…
He was shocked to say the least but came over to congratulate me like a true champion and listen to my astounding tale of this one-off piece of sporting freakery.
‘I don’t know, mate…perhaps the thrill of racing an Olympic champion inspired me to do this ??”
‘Er…I was never an Olympic champion…just a World Championship gold medalist.’
‘Oh yes…sorry mate…I forgot.’
It’s doubtful whether I’ve gotten any faster over the past five years and even more doubtful I’ll be able to pull that trick again at the GPS Geezer Olympics…so at this stage I suspect my only hope of saving face will be to fail the pre-games drug test…
Posted by fingers at 11:49 PM 25 comments: