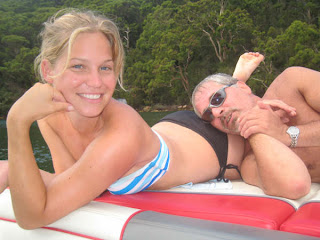 It’s taken forty-seven years of trial and error…but I’ve finally worked out what women want.
Forget good looks, forget gigantic brains, forget fabulous humor, forget kindness, generosity, charity or the power of life and death…forget all that shit they write in their profiles on dating sites.
It’s all bullshit; they want boats !!!
Are you listening to me ??
WOMEN WANT BOATS.
And it doesn’t have to be the ‘Arctic P’ either, although I suspect you’ll need something a little more up-market than a tinny.
Just your basic, entry-level speedboat will to do the trick.
Of course, you’ll also require a plentiful supply of cheap champagne and some strong sunshine in which to drink it, however once these three ingredients are combined, virtually any man can have his very own bikini-clad headrest.
So, my advice to the rest of you desperate ‘Unfuckables’ is do what you have to do…rob a bank, sell your organs to Arabs, find yourself a better-paying job…but get a fucking boat.
I wish I’d done this years ago…

we must learn from our mistakes... 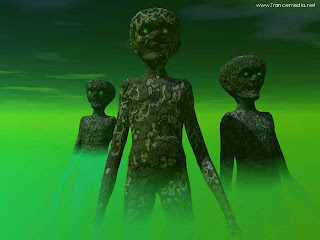 Popular opinion amongst cosmologists holds that if aliens were to visit Earth they would be vastly superior in intelligence to the local inhabitants.
Obviously this wouldn’t be the case if they set their shiny little saucer down on Cunt Point Rd, however for the remainder of the planet it’s probably a fair assessment.
Long story short…the reasoning is along the lines that any aliens smart enough to build a spacecraft capable of traversing the incalculable distances involved in such a trip must be way smarter than most of you cabbages.
Another fair assessment; then again anyone capable of calculating the impact of a 0.15% increase in interest rates on their mortgage probably has 50 IQ points on most of you too.
There is also a widely-held belief that these mega-brained aliens would be coming in peace to share their accumulated wisdom with us and that our lives would be greatly enriched by the contact.
DON’T BE DECEIVED !!!
If you consider our own history, particularly the last five hundred years or so, try to recall one instance of an ‘inferior’ culture benefitting from contact with a supposedly ‘superior’ culture.
I’m quite sure the Mayan Indians could have done without the help of their educated Spanish benefactors. Likewise, I doubt many Australian Aborigines now celebrate the first day they encountered their enlightened British saviours ?? Not a lot of African nations these days rejoice in the improved quality of life brought by the Dutch as far as I’m aware.
And so on…
What I’m saying is that if a flying saucer sets down in your backyard, a hatch opens and a Little Green Thing walks down the ramp…SHOOT THE FUCKER !!!
Don’t say ‘HELLO’ to it, don’t listen to any of its crap about coming in peace, don’t extend your hand in a gesture of inter-galactic friendship. It will not teach you how to run your car on water, or explain how women think, or reveal where flies go when it’s raining…so just SHOOT THE FUCKER !!! Right between however many eyes it has…
Then get some really toxic shit, such as anthrax dust or a crate of Muslims, stuff the flying saucer full of it and weld the hatch shut.
History will thank you for it one day…