a fool and his mercedes... 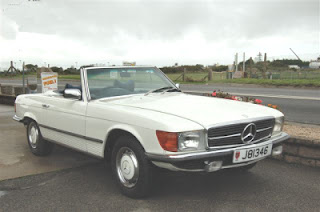 I know it’s not great blogging…but I was out with some old friends/colleagues from the money-market last night and this story resurfaced.
Many years ago, in or around 1990 perhaps, I owned a beautiful convertible sports car. A gleaming white, 1975 Mercedes 350 SL soft-top, one of only several manual transmissions in the country, mint condition, complete with custom, leather ‘Recaro’ racing seats and built-in speakers in the headrests.
It was a collector’s item; I dream about the car even to this day.
Of course, I was too young to realise what a treasure I had and by the time I’d finished with it years later, the classic ride was basically scrap metal.
Anyhows…
One evening, after driving home utterly hammered and too drunk to navigate the final hazards of the underground car park, I left my beautiful Mercedes on the street with the top down.
In the morning, suffering a Force 10 Hangover and down about One Million Brownie Points, I thought I’d take the girlfriend down to Balmoral Beach for that gayest of meals…the Sunday brunch.
As we went down to the car, instead of riding the elevator to ‘CP1’, we got off at ‘G’, by which time my girlfriend realised what I’d done and was yelling ‘Are you fucking mad leaving it on the street with the top down.’
To which I replied, ‘Don’t be a cunt, there was no chance of any rain.’
‘But it could have been stolen,’ she continued as we approached the car.
‘But plainly, as you can see…it wasn’t, so shut the fuck up.’

A six-pack of cinnamon doughnuts to whoever guesses what happens next…
Posted by fingers at 12:41 AM 34 comments: 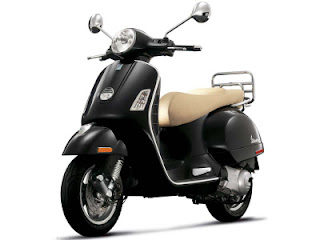 For good order, this dreamy machine on the left is my pride and joy: The Stealth Vespa.

In some ways, The Stealth Vespa encapsulates my whole philosophy on life, which is:
1. Fuck traffic.
2. Be cool.
3. No baggage.
4. Fat assed passengers need not apply...
Posted by fingers at 10:47 PM 46 comments:

kristal please...and could i have three for my friends... 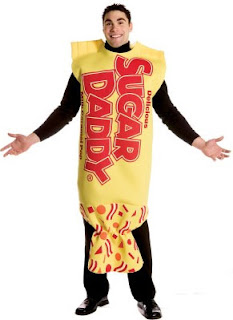 Before you lot read this and form yourself into a lynch-mob, remember I’m not necessarily talking about YOU in particular.
From your recent responses to related pieces on both ‘TWG’ and ‘BimboWorld’, it looks as though most of you are either sufficiently independently wealthy enough (the ones with toilet paper) or made of too much moral fibre, to be paying for cocktails with the furry cheque-book.
HOWEVER…
There are a number of your people, predominantly regular Establishment-goers, who have drink-schmoozing down to a fine art; specifically, successful-but-currently-out-of-work (last 3 years) modules, aspiring-but-currently-out-of-work (last 5 years) actresses, OAs, PAs and their honest-but-dreary cousins…the typists.
From their perches well above the bar-room savannah, these 8”-high-heeled-hyenas carefully observe their unsuspecting prey, mentally pre-selecting a suitable suit by the flash of his platinum Amex.
Once this is done, there only remains a simple ambush to be performed down at the watering-hole.
I’ll post shortly on the best strategies for defence without seeming like a tight-ass…
Posted by fingers at 1:00 AM 38 comments: 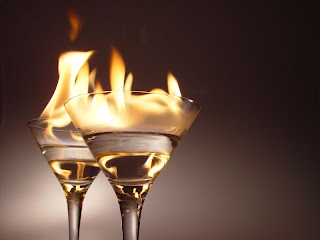 Over at ‘BimboWorld’, the ravishing and worldly Steph has whipped her adoring fans into a frenzy that promises to see many more potential rapists pepper-sprayed for daring to buy a chick a drink in a bar.
TWG supports this cause wholeheartedly.
For too long, the offer to purchase a cocktail has masqueraded as an act of generosity, gallantry, perhaps even innocent sociability, whereas in truth, at best it is nothing more than a well-calculated carnal bribe.
Add to this unspeakable evil the fact that in all likelihood it will be heavily laced with Rohypnol and the next ‘Mojito’ you down could well be a ‘Trojan Cocktail’, laying waste to your stoic Friday-night-defences and allowing an entire army of BMW-driving account directors into your pants…
Posted by fingers at 1:03 AM 31 comments: