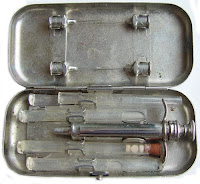 So, one evening ‘The Brain’ calls up and says ‘Hey, ‘Scary Bob’ has taken ‘Snap’ away for a week on the boat. I’m over at their place now. Let’s take ‘Snap’s’ E-Type jag out for a spin…’
‘Are you fucking delirious, Brain. ‘Scary Bob’ will kill you if you touch ‘The Cuntmobile’. He’ll kill you if he even finds out you’re there while they’re away.’

‘Aw fuck her, and fuck Dad…we’re just going for a drive. Grab Tania (the Croat) and let’s go into Kings Cross for the night.’
So we did…where we went from bar to bar while ‘The Brain’ tried to pull a chick and take her back to his parents’ place to bone her senseless. Around midnight, smashed like three crabs, we found ourselves in a low joint called ‘Les Girls’, a tranny-dance club, where ‘The Brain’ managed to convince an off-duty hooker to come back and party with him. She might have been 18 years old, about 30 kilograms and looked like she’d been dead for a month.
We all piled into the Jag and went back to Lane Cove…
The Jag lived in a garage with an automatic door. Driving into the garage, ‘The Brain’, about five times the legal alcohol-limit (0.08 in those days) misjudged the door’s opening-speed and managed to ram the door with the windscreen, which simply cracked in half and fell onto the dashboard.
Ooops.
Deciding he had a week to fix that, we put the open-plan Jag away and went inside for a mini-party. The hooker went straight to the fridge, took about six foils of heroin from her purse, put one in arm and placed the rest in the cheese-compartment for safe-keeping.
We partied on till about 1-30am, when Tania and I excused ourselves and went downstairs to crash out in one of the spare bedrooms, leaving ‘The Brain’ and the hooker upstairs…still partying.
At 1-45am, ‘The Brain’ barged into our bedroom and shook me till I woke up.
‘What the fuck ??’
‘Fingers…you gotta come upstairs and have a look at something.’ ‘The Brain’ was borderline hysterical and he wasn’t the sort of guy to panic easily.
We went back upstairs, where he pointed out the hooker, lying fully-clothed on the lounge-room floor…unconscious.
‘I think she’s dead, Fingers…’

five posts in ten days...that's our promise to you... 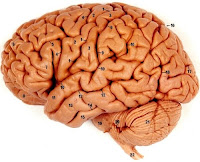 The year was 1980, I was a promising law student at the University of NSW, with a fiery, blonde, Croatian girlfriend whose fuck-head of a father would brew his own ‘Slivowicz ’ (some sort of 80-proof Slav paint thinner), force me to drink with him, then arm-wrestle me, call me a weakling pussy-cunt and threaten to bash me to death if he ever caught me fucking his daughter. Good times.
I weighed 57 kg and looked like a two-iron with ears: he was twenty-six years my senior, weighed 90 kgs and looked like a mediaeval castle door from where I was usually cowering.
One of my best friends was Steven XXXX, we called him ‘The Brain’, because ostensibly he didn’t have one. ‘The Brain’ wasn’t necessarily inherently stupid by birth, however he’d done things in his life which defied reason, even the envelope-pushing reason of a twenty year old, sliver spoon. ‘The Brain’ lived with his parents round the corner from my girlfriend and her homicidal father, down on the river at Lane Cove, in a magnificent six-bedroom mansion.
Sorry, ‘The Brain’ HAD been living there up until a month earlier, when he’d burnt down the kitchen trying to make magic mushroom pancakes at 2am whilst already under the influence of magic mushroom lasagna. In response to a ‘him or me’ ultimatum from his third wife (‘Snap the Cunt-Face Dragon’) ‘The Brain’s’ father made ‘The Brain’ pack his meagre bags and banished him from the family residence forever.
‘The Brain’s’ old man was a very scary guy. His name was Bob and he was a builder by trade; we’d have called him ‘Bob the Builder’ except that cartoon hadn’t been conceived yet, so we just called him ‘Scary Bob’. Anyway, ‘Scary Bob’ owned his own construction company ‘BHC Ltd’ (not the real name), a very successful operation which built most of the ‘Pizza Hut’ restaurants in NSW back in the eighties/nineties and made him a very wealthy, very scary, very connected-in-a-construction-industry-kind-of-way kind of guy.
Now despite ‘Scary Bob’ having recently exiled his idiot son from the family mansion, ‘The Brain’ still retained a managerial position within ‘BHC Ltd’, in an act of nepotism that made most of the hard-working, competent employees round there want to kill ‘The Brain’ and inter his remains under a ‘Pizza Hut’ floor during the next concrete-pour. They would have done it during the last concrete pour, however ‘The Brain’ slept through that one, courtesy of an all-night ecstasy binge that left him unable to make the 6am rendezvous with the five trucks from Boral, which duly returned to base and flushed sixty grand’s worth of unsupervised concrete down the drain before it set hard in their steely bowels. Doh…

at the third stroke...

Have you ever noticed the remarkable shift in viewer demographics that the Channel 10 network and its advertisers seem to imagine takes place at midnight? Apparently, when the clock strikes twelve, the relatively normal, healthy, well-adjusted day shift scuttles off to bed with their respective partners and the night-shift bundies on.

So, what sort of creature inhabits the night, according to Channel 10 and its sponsors? Well, to answer that question, you’ll need to look beyond the mere programming and read between the none-too-subtle lines of the various commercials.

If it’s 12:01am and you’re still up watching television, Channel 10 advertisers think you’re almost certainly a single male, most likely a wanker, and not just figuratively speaking either judging by the enormous number of young ladies they have queued up just waiting to chat to you; ladies in underwear/bikinis; writhing around on top of their bedcovers unable to sleep presumably due to the intense mid-April heat?

Why not give them give them a ring, ‘Vaseline Boy’ (‘Call me…call me now…’), since you’re obviously both terrific people, tragically alone and yet, strangely awake at precisely the same time. It’s fate, although even fate has a price; $3-00 per minute…higher from mobile phones.

OK, maybe you’re not a pay-to-play kind of guy but Channel 10’s sponsors still suspect you’re probably a total dork, completely lacking any real-world skills? Well, you’re on the right channel ‘Dweebo’, because whether your pleasure is heterosexual, homosexual, bisexual, tri-sexual or even transsexual, they have a matchmaking website tailored to your specific needs. You’ll never need to leave your darkened room to date in person again once you go online with the thousands of other socially awkward people looking for a meaningful relationship, a one-night-stand or a simply a little anonymous cannibalism.

While you’re at it, perhaps you could lose some weight too; not much good meeting your perfect cyber-partner looking like that, is there? Hey it’s your lucky day, ‘Pork Chop’, because they have the ‘Flab-Buster Pro’ to help you shed those unsightly kilograms while you’re sitting there eating doughnuts by the light of the television. Sure it might look like just a large inflatable rubber ball, but check out the army of celebrities already using it to help them tone their fabulously un-single bodies.

And that receding hairline isn’t doing you any favours either, ‘Baldy’. You really should consider a visit to the specialists at ‘I Can’t Believe It’s Not Hair’.

Finally, one of the best-kept late night secrets, ‘Lawnmower Man’; there is a growing legion of self-made billionaires working from home for as little as sixty seconds a week, using the revolutionary new ‘Megabucks Now’ system of wealth creation. This guaranteed path to unimaginable riches is apparently not available to day-shifters, who are condemned forever to their working-class existence.

And you’ll certainly need those billions of dollars shortly, ‘You Stupid Cunt’, especially if you keep spending all night on the chat lines, buying RSVP stamps, ridiculous exercise machines and wonder hair products.

In fact Channel 10 should just come right out with a new viewer classification for that time of the evening; ‘LFBPG35+’ ??

The following programme is suitable for ‘lonely, fat, bald, poor guys over the age of 35’…
Posted by fingers at 3:38 PM 53 comments:

I live next door to a very nice lady; Suzee.
Apart from me, she’s the only other building-resident less than one-hundred and twenty years of age; about fifty, separated, runs her own business and generally seems quite independent.
Like I said, she’s a very nice lady who reminds me a lot of the brunette ‘Ab Fab’ chick, only a little more together. Last weekend, Suzee knocked on my door, a little hysterical, and asked if I could come over and remove a large Huntsman spider from her balcony. She’s terrified of spiders and when I went over to take a look at the problem, I saw this one was the size of a dinner plate, all set up in a high corner with a lovely web.

I said, “Sure, no problem. What’s in it for me ??”
“Huh ??”
“You heard me, Suzee. If I’m going to do your pest control, what are you going to do for me ??”
“Fingers, are you being revolting ??”
“In your dreams, you old bat (she likes it when I’m cheeky to her)…I mean is there any danger of some domestic reciprocation for services rendered ??”
“OK, I’ll iron a few shirts for you.”
“How many ??”
“Three.”
“No deal. That spider’s huge. And it’s breeding season, so it’ll be looking for something to kill and feed to its young soon.”
“OK. Five.”
“No way, Suzee. That is a ten-shirt spider if ever there was one. Maybe twelve.”
“OK, OK…ten shirts.”
“And properly ironed too. Not just sleeves and front…I want the collars pressed and the backs creased.”
“Of course.”
“And a blowjob…”
“Just get that fucking spider off my balcony. Please...”
“OK. Ten shirts, properly ironed and you can owe me a blow job, Gummy.”
“Yes, whatever…just get rid of it, pleeeease…”

So, because I abhor the killing of Nature’s creatures (except cockroaches and French citizens), I got a Tupperware container from Suzee’s pantry, coaxed Mr Huntsman into it, closed the lid tight, walked out of the unit and into the garden, where I planned to release him back into the wild.
Until I had a particularly brilliant idea…
Long story short, my new pet spider is now living and working full-time in my wine-cellar, where he gets free, secure lodgings and all the insects he can catch.
And as soon as I run out of ironed shirts, I have a funny feeling ‘Mr Huntsman’ will be holidaying on Suzee’s balcony…
Posted by fingers at 7:54 PM 69 comments: