In the interests of helping some of you desperates find a mate, I'll continue with Part II of my RSVP-profile-appraisal-series. Today we'll be looking at headers again, with a view to illustrating the difference between what YOU (chicks) write and what WE (poor slobs) read.
'I’m a very good listener.'
TRANSLATION: 'I’ve got absolutely nothing to say.'
'An angel yet a devil. A dove yet a tiger!'
TRANSLATION: 'I’m bipolar and potentially violent. My last boyfriend was afraid to go to sleep around me!'
'Just looking for a partner with whom I can share all the great things in life!'
TRANSLATION: 'I have nothing myself; no personality, no money, no ideas...so I want some of yours. I'll take half now and the rest when I leave!'
'Strong-willed, independent, spontaneous!!!'
TRANSLATION: 'Fuck you, I’m leaving, NOW !!!
'Finding my destined fate that draw me to this RSVP, my dream from unknown would cross our path through by mysterious phenomenon.'
TRANSLATION: 'I have recently arrived from Vladivostok, where I was once their most prestigious university's Head of Cardiac Surgery. I came to Australia to seek a better life, however I've been working as a lap-dancing whore in 'Mens Gallery' for the past 6 months and am getting a bit sick of giving handjobs. Please save me.'

just how dumb do you think we are... 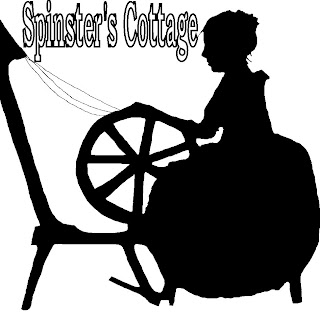 OK…grieving period over; I’m a cunt…so what else is new ??
It’s Anzac Day, I’ve been up since 3-00am, attended the dawn service in Martin Place, I’m soaked to the bone and now I’m at work.
At work…but there’s nothing to do…so I’ve been poodling around the RSVP site, just window shopping…and here’s the scoop. 50% of all chicks are total cabbages !!!
On RSVP, you create a profile, with or without a photo…then you have about 50 words or so with which to grab a guy’s attention. Minimal attention at that…
And how do most chicks go about it ??
By saying something like, ‘I love to laugh’, or ‘I live life to the fullest’.
Yeah…me too…I love to live and love and laugh and live life loving and living and laughing...I mean…FFS…what’s the alternative?? Killing yourself ??
Then there’s the alliteration brigade: ‘Sexy, sassy, single, sophisticated, smiling and smart…”.
That’s fucking super; certainly beats ‘Monstrous, misshapen, married, mediocre, mundane, moody, morose and moronic’ I suppose.
Or the rhetorical daydreamers: ‘Would you like to walk with me in the clouds?’
Um…yes…that sounds fabulous…and while we’re doing all that we can discuss the magical healing power of rainbows.
The gormless: ‘Inspire me!’
No thanks. Inspire yourself, you lazy cunt.
The disillusioned: ‘Just looking for someone honest/nice’.
Translation; if one more guy cheats on me I’m going to cut my fucking head off.
What about ‘My friends say I’m a sweet, gentle person’.
Of course they do; they’re your friends, idiot. That’s what friends say. Well, maybe not my friends. They say I’m a complete cunt…but I bet I’m still more fun to sit next to at dinner than you.
BUT…I think my favourite is, ‘I’m just an easy-going gal’…followed by a 300-point inclusion/exclusion list of attributes desirable/undesirable for her ideal partner.
YOU ARE ALL SOOOOOOOOO GOING TO DIE ALONE…
Posted by fingers at 4:20 PM 15 comments:

I did a bad thing recently.
It doesn't matter what it was, or who I did it to...it was wrong and I need to make ammends.
This blog is closed until those ammends have been made.
Posted by fingers at 8:45 PM

the fisherman's basket: a paradox...

A week before the wedding in Melbourne, we had a buck’s night in Sydney. The Brotherhood of Geezers is nothing if not flushed with funds for an event of this kind, so it was a lavish affair.
Mr X provided his 44’ Riviera cruiser for the evening, Mr Y supplied 2 cases of French champagne, Mr Z brought along enough drugs to kill a blue whale…and I provided the trouts.
5 guys, 5 trouts, 44’ feet of boat, 24 bottles of Moet, 12 disco-bickies, 10 grams of marching powder…4 hours to party.
And so we did.
The trouts boarded at 8-00pm, we headed away from Darling Harbour Marina and sped off to our mooring over near Shelley Beach. By 9-00pm the trouts (aged 19 to 22) were naked, draped like beach towels all over the rear-lounge, chewing their bickies and washing them down with imported champagne. There was a floorshow during which they all lay down next to each other and did the synchronised leg thing, which to my Moet-and-coke-addled mind looked like a set of X-rated windscreen wipers.
About 10-00pm we re-enacted a few scenes from ‘Scarface’, had our bats thoroughly smoked and sat back to contemplate our good fortune.
With an hour left on the clock and the trouts pre-paid for, we were left with the problem of what to have them do for the remainder of the cruise ?? Full-contact sport had never been offered as an option during negotiations, so I suggested…in keeping with our nautical theme…that they all growl each others’ fisherman’s basket.
And that’s where it all got a bit confusing.
They said they’d be happy to oblige…but it would be an extra $100 per trout per hour.
We were more than willing to pay up…but I had to ask the question…
“So, if we got you to spend the next hour sucking our dicks it would still be included in the original price ??”
‘Yes.”
“But if we want you trouts to eat each other out…it’s extra ??”
“Yes.”
“I don’t understand.”
“It’s the trade practice.”
“But that’s insane. You’re saying you’d suck Mr X’s dick for what amounts to free, yet it’s extra to eat Mia out ??”
“Yes.”
“Are you delirious ?? I’d gladly spend the rest of eternity munching Mia’s box…but I wouldn’t suck Mr X’s dick if I was Mother Theresa and it was the sole condition of world peace. I mean look at them…she’s all smooth and sleek and neat and fresh. And he’s…well he’s Mr X…he's the antidote to all ofl that.”
So that’s how we spent the last part of the cruise.
We argued, 5 guys and 5 trouts, at a combined hourly rate of $800, over what has simply become known as ‘The Hooker Paradox’…
Posted by fingers at 12:00 AM 16 comments: